Two long weeks had passed in anticipation. The excitement was so thick you could feel it in the air as the interns walked into Kya Sands. Short, quick conversations and prayers were had with many people we came across. Two hours later, we had one more hour on the field and I knew just how to spend it.

After being in the community for a year, you quickly learn the places to avoid and who is where. Just before we left last year someone mentioned to me a sangoma (witch doctor) that lived right off the main street. At the time, a mental note had been made to avoid the house. It was scary at the thought of opening myself up to demonic activity because of what I had been taught years ago.

After leaving South Africa last year, something in my spirit whispered next year would be different. While on break Life Church prophesied over this year for increased flow of the Spirit and if the Lord healed last year, there would be even more healings for 2014! Taking a hold of that prophecy and speaking into 2014, this year began to be declared one of more healings, breakthroughs, and deliverance than last year. I stood in faith for increased faith and deeper relationship with Christ. 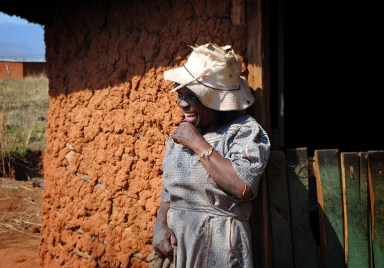 As we began to walk back through the community we stopped at the same house I had run in fear from last year. Determined to not only show the interns what they were up against in the community and minister to this woman, a translator was quickly found once we realized she didn’t speak English. As we made small talk she mentioned she was a “traditional healer”. When we told her (us) the Americans did not know what that was, we asked if she would like to show us. She happily invited us into the corner where she would sit her clients while taking to the ancestors to “discern” what was wrong with them.

Questions were asked to extract information for the interns who were still a little shocked this was real life. She showed us her certificates and told us how and what she exactly did. When most people become sangomas it is usually because they have a dream of an angel of light (2 Corinthians 11:14b-15) or their family insists. When I asked her why she became a sangoma she told me it was because her grandfather’s spirit appeared to her and told her to become one. Later she told us any messages she “discerned” from the spirits were visions. When the question was asked if she believed in God and she said yes and then we asked if she believed the Bible was true she nodded her head. We shared the verse in (Ecclesiastes 9:4-5) where it explains the dead have no involvement with the present on earth. Nelly resisted a little and defended she did not dabble in those kind of things. 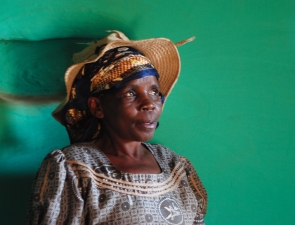 Like a light switch flipped on, God began to reveal the direction of the conversation was all wrong. We began to tell her of the one true spirit and what He did for her. As we told the story of the perfect man that God had sent, she was glued to the speaker, eyes fixed on me even though the translator was the one speaking her language. After the gospel was shared, she still was not entirely convinced. Our overpowering heart cry was for God to open up her eyes to see what was separating her from the Truth!

We told the story of Adam and Eve and how what looked like they weren’t anybody, separated them from God. As she heard about the snake, her eyes widened and her face fell when God told them they had to leave the garden. As I told her the plan God had and how he had sent his perfect son to die for her, she became more excited and drawn into the story. 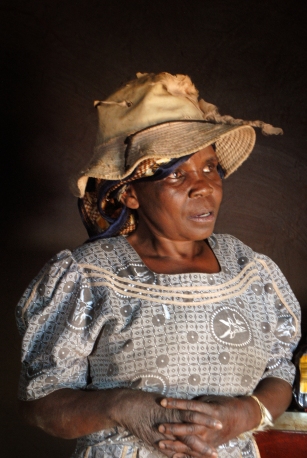 We asked her questions to ensure she understood the story. She really connected with the story and began to tell us that she could now feel spirits fighting for her. “Pray for me that I would have a deeper desire for Christ and that he would show the True spirit.” As the group huddled around her, people began to come to her store to purchase things. She so passionately wanted prayer she did not stir to respond to the customers waiting at her shack. It was surprising because even the most earnest people we minister to answer their phone or talk to their friends while we talk with them.

What a divine connnection! So thankful for the amazing things God is doing in Africa!!